Addresses issues associated with the Rehabilitation Act and the Americans With Disabilities Act (ADA).

From July 20 to 24, 2015, the Alabama Department of Education held its 2015 Mega Conference in Mobile. Lanier Ford attorney Rod Lewis presented two different seminars during the conference, attended by teachers and school administrators from across the state.

Mr. Lewis regularly trains, counsels, and represents school districts in matters involving special education and discrimination under the Individuals With Disabilities Education Act (IDEA), Section 504 of the Rehabilitation Act of 1973, the ADA, and other related laws. He represents school districts in state and federal courts, mediation sessions, and administrative due-process hearings. In April 2015, the U.S. Eleventh Circuit Court of Appeals rendered a ruling favorable to Mr. Lewis’ client in Laura A. v. Limestone County Board of Education. 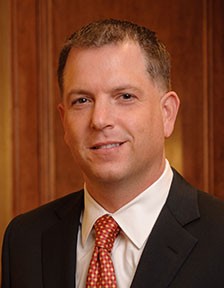 Published July 24, 2015 Posted in News About the Firm, Presentations
Items on this web page are general in nature. They cannot—and should not—replace consultation with a competent legal professional. Nothing on this web page should be considered rendering legal advice.